Please join us on April 18 for our 2016-17 season potluck dinner, AGM and guest speaker. This year the RHN is fortunate to host Glenn Coady, one of Ontario’s most active birders since the late 1970s. Glenn will discuss efforts to protect nesting pairs of Piping Plovers within the GTA. In 2015, Glenn discovered a nest of Piping Plovers on Hanlan’s Point Beach on Toronto Islands, the first nest on the Canadian side of Lake Ontario (or anywhere in the GTA) since 1934. In 2016, he discovered two nests of Piping Plovers at Darlington Provincial Park and was the coordinator of the Plover Guardian program there that resulted in the successful dispersal of five young Piping Plover on southbound migration.

He has served as Vice-President of the Toronto Ornithological Club and the Ontario Field Ornithologists and was an editor of the journal Toronto Birds for four years and Ontario Birds for nine years. He was a founding member of the Toronto Bird Rarities Committee and has served multiple terms on the Ontario Bird Records Committee as a voting member, secretary and chairman. He was the Regional Coordinator for Toronto for the second Ontario Breeding Bird Atlas, was the only person to provide atlas data from every atlas region in Ontario, and wrote or co-wrote eleven species accounts for the atlas and helped in editing several dozen others. Glenn has published prolifically on ornithological topics for 35 years. He was involved in the discovery of the first nests for six species in Ontario (Eared Grebe, Canvasback, Pine Grosbeak, Bohemian Waxwing, Ross’s Goose and Black-necked Stilt) and has added six species (White-winged Dove, Leach’s Storm-Petrel, Neotropic Cormorant, Wilson’s Plover, Snowy Plover and Least Tern) to the all-time Greater Toronto Area bird checklist.

In his early years of participation in the Toronto Ornithological Club, Glenn got to know the legendary Ott Devitt and so he has always felt some connection with members of the Richmond Hill Naturalists, including members like Theo Hofmann, Roy Smith, Winnie Poon and Gene Denzel. 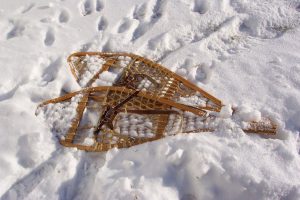 Discover the wonders of winter wildlife! Join us to track and identify signs of local animals, and learn some of their secrets for surviving chilly winter temperatures. Try out snowshoeing and leave behind tracks of your own! Snowshoes will be provided. In the event of a snow-free day, join us for a winter walk through the woods. Choose from two
Jan
25
Sat
10:00 am Snowshoes and Snow-Clues @ Peace Ranch
Snowshoes and Snow-Clues @ Peace Ranch
Jan 25 @ 10:00 am – 12:00 pm 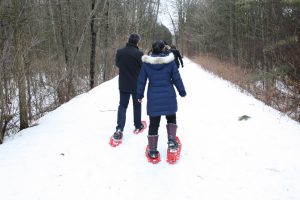 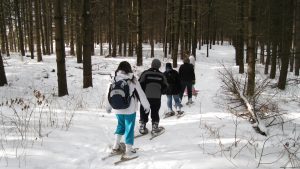 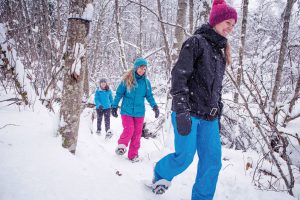 DATES AVAILABLE: February 8 & 21, 2020 Come and experience an evening with live owls! Start the night with a presentation in our theatre, then head out to the forest for a guided walk with one of our owl experts. We’ll explore owl habitat and call out to Kortright’s wild owls. Please dress for the weather. PRICING Adults: $14.50 +
View Calendar
Add